The Circle of Empowerment

The Initial Dot – Where It All Started

“Empower others, empower yourself.”

That quote struck Adham, a Batch 4 alumnae of XLFL programme,  and it has become his leading principle. He embraced that when we do our best in helping and supporting others by investing our energy and channeling our great enthusiasm, we simultaneously push ourselves to be the better version of ourselves too. Adham has felt this himself. Despite the gradual process, he eventually came to realize that he could take on any challenge thrown at him in the future as his confidence has grown emboldened.

In the midst of his busy days as a Legal Officer at Campaign.com, he gladly discussed what it meant to be an empowered youth with us.

As someone hailing from Jember, Eastern Java to study Law in Universitas Indonesia, he knew that it was about time he had to make the right choice of whom he would surround himself with. He recalled his days being a part of Young on Top (YOT) Depok, a youth social community based in Depok as halcyon ones as the community has turned into a healthy and supportive circle that empowered him. To Adham, a healthy and supportive circle is not a sophisticated one, it just needs to be appreciative. Whether it’s in the context of working to realize a project or simply over a relaxed chit-chat, the presence of magic words, like gratitude, asking for help, and apology becomes a common courtesy. He believes the presence of those magic words is detrimental to the sense of comfortability of an individual in the circle.

Beyond his personal gain of having the right circle, the social mission of Young on Top (YOT) for community service in Depok allowed him to partake in various programs and social projects, such as blood donor program, Depok Green Festival, various mentorships classes with outstanding speakers, and charitable and joy-sharing activities with orphans. All of these programs had amounted to a pile of proud experiences as he felt just as empowered by contributing to the collective gain of others. 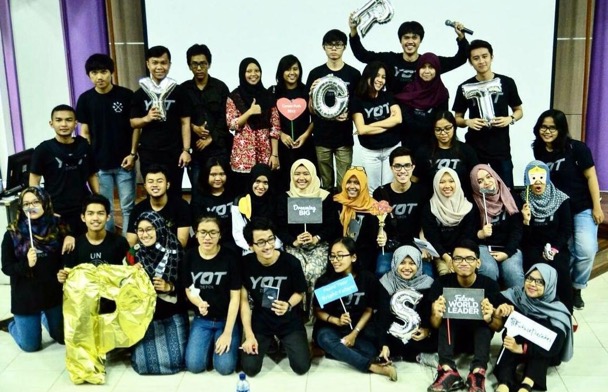 The Gradual Arc to Completion

“XLFL provides the best tools to allow us to unleash our best potential.”

His time in XLFL has definitely helped him understand that empowerment comes in many forms and shapes. Prior to joining XLFL, he once read that empowerment wass about embracing and channeling values of leadership within ourselves. Combined with a mixture of luck and grit, he became part of Batch 4 and was able to immerse in his self-development journey. Always driven by social mission as a source of empowerment, he rejoiced in the time where he and his friends worked on various social projects to serve the local community. It’s now doubt how intellectually stimulating XLFL’s signature events such as LEAD and ROAR, which Adham cherished just as much as he cherished his last project Teman Pubertas, which aimed to raise awareness about parenting and mental well-being of teenagers through a series of events. Being able to manifest the sense of empathy into something that serves the community is his type of personal gratification. 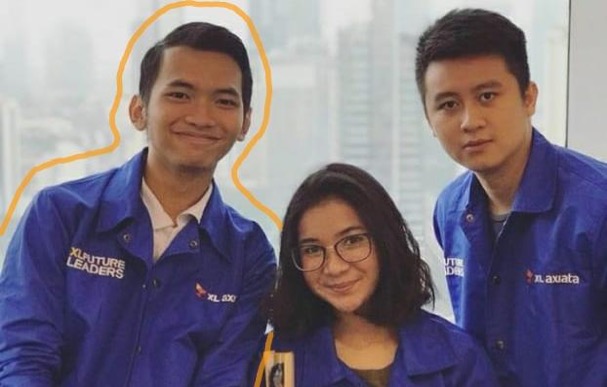 Adham believes that the empowerment we absorb from our supportive surroundings helps determine our sense of purpose. It helps shape the ideal world that we wish to have in the future, and motivates us to drive towards that direction. It explains why, in his opinion, it is important that we are able to identify what kind of empowerment we are seeking that suits our personal drive towards the future. As previously told, Adham tailored his passion in legal path based on the accumulation of the voluntary work he has done.

“Seize the day. What goes around comes around. When hints of purpose start to emerge and the sense of gratitude for having a supportive circle has only fueled our passion and drive, we act onto it. The empowered you must be ready to take on challenges and channel your own empowerment to your surroundings.”

“To those who are still in quest of finding their empowerment, I believe that giving our best in whatever path we are pursuing at this point is an initial step of empowerment in and out of itself.”

Now, he is working at Campaign.com, a social start-up that provides social communities a medium to launch their campaigns. In the context of social communities and social awareness, the youth still dominates the landscape – they form their own empowerment by being an ally on various social causes.

His role as a Legal Officer has allowed him to engage in various projects with high involvement of the youth, from the process of people recruitment, to direct involvement in numerous events organized by the communities that generate impacts towards many people in the society. From the curves of their smiles entertained by the fun atmosphere of events held by Campaign.com, to the observation on how the youth have come together to work on their social mission to help many people in Indonesia. He has come to realize that the world is filled with many kind of people who perceive empowerment as something crucial and important. 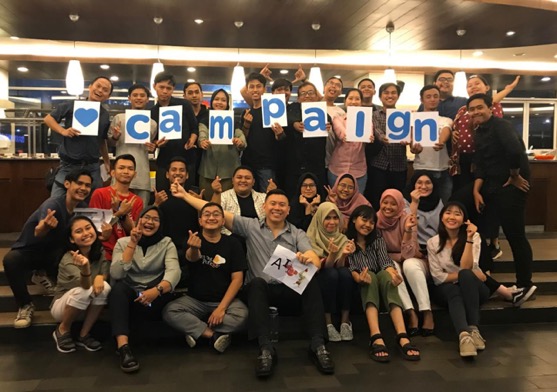 Without our own realization, we have become a source of empowerment to our closest proxy.

From now on, there will be many opportunities waiting ahead of us to be seized and to help us motivate ourselves while at the same time empowering many who need it. He suggests that we all sit down and immerse in the mundane reality that we oftentime take for granted. He believes that such habit will harness our awareness and can help us strategize the small victories that we could give in making things slightly, and even wondrously better.

“The circle of empowerment that we choose to draw will never stop. It will retrace back on its drawn path to guide us in being charged off, and recharging the positivity wherever we pivot.” Adham.