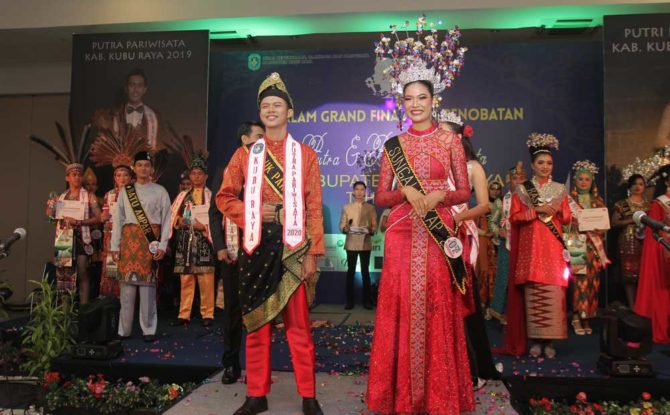 Doing the Extra Mile: From XLFL to a Pageant

Meet Hafizh â€” Stiff, a little bit shy, always uncomfortable under a spotlight, but he is a hard worker. That day, when his Ted Talk challenge practice was given with sharp reviews; that he was too stiff, looked awkward, he knew that he needed to push himself harder to change. Those reviews taught him hard. The real challenge awaited. He chose not to repeat the same mistakes, he made sure it would be something different. For the follow-up Ted Talk challenge, he picked the most unexpected and different theme, to talk about a pageant, his pageant experience.

He earned his official pageant title as the Tourism Ambassador for Kubu Raya, a regency-level competition consisting of a three-day quarantine where he was taught all things related to tourism, public speaking, behavior and psychology, and –his most passionate subject– English, followed by a talent show, deep interview, and a final judging night involving a catwalk. To win, Hafizh had to improve a lot, especially from his appearance and body language. The truth was he never posted any photos of himself on Instagram related to such, this was the first drama of his following rules of the competition.

“I want to go and do my extra mile,” Hafizh said. “These things are all about me, I know that they’re my pain points. I remember when I finished my presentation that day, someone mentioned something I will never forget, that my smile looked weird to look at. I was just smiling the way I usually did, but they all said it was creepy. That time Ted Talk, I didn’t feel like I was awkward, but the reviewers did. That slapped me in the face.” In a good way of course, this feedback pushed him to join this pageant competition.

He didn’t expect to win. Being the only person in the competition without modelling experience, though now that he has, Hafizh said he committed to do better. “I’ve definitely learned a lot. By next XLFL Workshop, you’ll see a totally different Hafizhâ€”no more baggy pants or unkempt hair.” While he admits that most of the things that he is now required to do are so not himself, he admits he doesn’t feel fake. In his words, “Just a new and improved Hafizh.â€ His plan, he said, for the foreseeable future, is to dig the issue of tourism deeper while he prepares for the province-level competition in June this year.